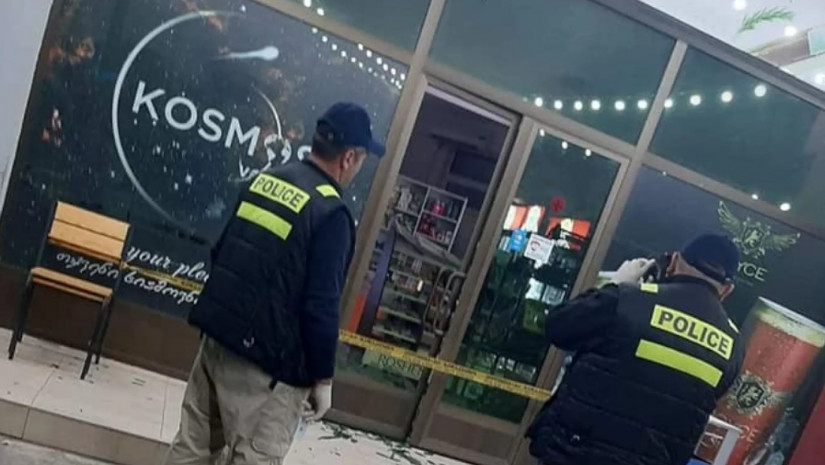 Two policemen in Georgia were arrested for the fact of violence against a disabled person in the Tbilisi subway. Giorgi Gamezardashvili, deputy head of the State Inspectorate, stated this at a briefing.

According to Gamezardashvili, one policeman has been charged with degrading and inhuman treatment, and another with abuse of office.

In particular, an inspector of the patrol service of the 3rd platoon of the metropolitan department of the Patrol Police Department of the Ministry of Internal Affairs N.B. was detained on charges of degrading or inhuman treatment.

"As it became known to the public, on January 24, 2022, based on information disseminated in the media, the Prosecutor's Office of Georgia launched an investigation. After the start of the investigation, intensive investigative and procedural actions were carried out: the scene of the incident was examined; witnesses were interviewed, including in the presence of a psychologist of a person, who was subjected to violence; Videos were requested for investigation; A mobile phone was confiscated from one of the detainees; An expert examination was ordered.

The investigative and procedural actions carried out at this stage established the following:

Inspector of the patrol service K.B. took the teenager on the escalator to the metro lobby, to the premises for patrol officers. One of the officers of the police patrol service in the said premises hit the minor several times with his fist on the head and caught him by the hair. Despite the fact that the minor tried to explain that he was deaf and did not understand the conversation, the police officer continued to beat him severely.

Witnesses of the incident were the persons accompanying the minor. At the same time, the minor received head and face injuries, experienced severe physical pain and felt humiliated. The second officer of the police patrol service, who witnessed the fact of violence against a minor by his colleague, did not report this to the investigating body - the State Inspection Service.

A policeman beat a disabled person in the Tbilisi metro on January 23.

The Ministry of Internal Affairs of Georgia reacted to the fact that a citizen was beaten by a police officer. According to the department, any violent actions by a police officer that may violate human rights are categorically unacceptable.